Looking for a Glasgow children’s entertainer? Look no further. Magician, Mark Walbank, is Glasgow’s premier party kids entertainer! With a combination of dazzling magic, hilarious humour and fun games Glasgow and Edinburgh’s most sought after kids show entertainer will make sure your children have the birthday party of their dreams. Fun and laughter are guaranteed in a show that is awesome from the first to the last last minute.

'Ten out of ten.'
Mark Walbank is a name Scotland’s top companies trust.

'Had us roaring with laughter.'
The perfect entertainment for fund-raisers, auctions and schools.
Who is mark? 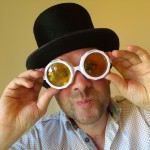 Mark is a popular Glasgow magician and children’s entertainer who has been performing awesome shows for kids in Glasgow and Edinburgh for over a decade. He is highly recommended by schools and parents and is able to cater to children of all ages, from 3 to teens. 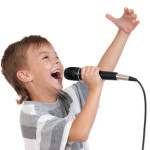 Mark’s parties are funky and modern and he knows how to keep a young audience engrossed. His shows are jam-packed full of magic, games and audience participation so the kids never stop smiling. Mark Walbank knows all the good Glasgow children’s party entertainers so if he is fully booked can also recommend an alternative and give you advice should he not be available.

Where Does He Travel? 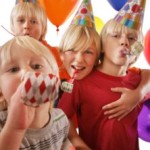 Mark is a proud member of UK-Entertainers.